We continue to advance this bar year’s theme of Embracing a Legacy of Black Legal Excellence. Last month we honored Dr. Martin Luther King through Excellence in Service and Social Justice, including participation in the DC Peace Walk for Voting Rights and a virtual community service project where WBA members helped transcribe the military service records of Black volunteer Union soldiers in the Civil War. This month, we will be Invoking the Spirit of Excellence of Our Ancestors as we celebrate Black History Month.

Since 1926, the month of February has been designated as a time to honor the achievements and resilience of the Black community, and to remember the many Black trailblazers who have left enduring legacies for us to embrace and emulate. Many of these trailblazers have been Black lawyers, including those with ties to Washington, DC and the WBA. For example, Charlotte E. Ray, who became the first Black woman lawyer in the United States in 1872, was a graduate of Howard University School of Law (HUSL) and began her law practice in the District of Columbia. Our sister bar organization, GWAC, honors Charlotte E. Ray each year in February with an award named in her honor. This year, as in years past, the WBA joins GWAC in celebrating the life and legacy of Charlotte E. Ray.

Another groundbreaking lawyer we honor is WBA founder, Charles Hamilton Houston. Known as “the man who killed Jim Crow,” Houston dedicated his legal career to civil rights and the pursuit of equal justice under law. Houston successfully challenged segregation in multiple cases before the U.S. Supreme Court, served as Dean of Howard University School of Law, and mentored another great Black American jurist, Thurgood Marshall.

As a student at HUSL, Marshall developed a deep admiration for yet another WBA luminary, Ollie May Cooper. For more than thirty years, Cooper worked at the law school during the day, and practiced law in the evenings at her firm, the first law partnership in the United States owned and operated by black women. As a lawyer for the NAACP, Thurgood Marshall not only carried on Charles Hamilton Houston’s fight against segregation, including successfully arguing Brown v. Board of Education before the U.S. Supreme Court, but he also became the first Black Supreme Court Justice in 1967. A year earlier, in 1966, Constance Baker Motley, who drafted the original complaint for Brown v. Board of Education, became the first Black woman federal judge in the United States.

As a WBA President who is also a Black woman lawyer from south Louisiana, I would be remiss if my roll call did not include Barbara Jordan, a lawyer from the neighboring state of Texas (my second home), who was the first Black woman from the south elected to the U.S. House of Representatives. Many may recall Jordan’s powerful statement during the Watergate impeachment hearings as a member of the House Judiciary Committee. This brings to mind another historic Black woman lawyer with ties to Washington—current Vice President of the United States, and Howard University alumna, Kamala Harris—whose pointed questioning as a member of the U.S. Senate Judiciary Committee is also legendary. These are just a few of the many Black legal trailblazers we pay tribute to, not only during Black History Month, but throughout the year.

Black History Month will hold special significance for our community this year as we witness the first Black woman being nominated to the Supreme Court of the United States. Despite the great triumph of this moment in history, there are some who seek to disparage and denigrate the yet unnamed nominee, purely because of her race and gender. Also disturbing are the racially motivated bomb threats recently made at 17 historically Black colleges and universities, including my alma mater, Southern University, as well as Howard University here in the District. There is also a troubling trend in school districts nationwide to ban critical race theory in an effort to further distort how America’s racial history is taught in America’s classrooms. These and other current events show us that, although the chains of slavery have been broken, we are not yet free as long as our people, our voices and our history remain under attack. In times like these, Black lawyers must invoke the brave and courageous spirit of our ancestors as we continually strive to make their dreams of a just society come true.

Supporting the WBA is one of the ways we can accomplish this goal. This month, the WBA will hold its Mid-Year General Body Meeting, followed by a Law Student Networking Reception, on Thursday, February 17 at 6:00 p.m. at Hogan Lovells. The meeting will include updates on the state of the WBA, as well as information on upcoming events and opportunities to get involved. After the meeting, you’ll have a chance to network with fellow WBA members and law students from local law schools. GWAC’s virtual Charlotte E. Ray award ceremony will also be available for viewing during the reception. I encourage all members to support the WBA by attending the general body meeting and sharing your experiences and insights with the next generation of lawyers at the networking reception. RSVPs are required, along with an attestation of full vaccination against COVID-19. Law students should register here, and WBA members should do so here. Special thanks to WBA Board Member and Student Affairs Committee Chair, Derrick Petit for hosting us at Hogan Lovells.

I am also pleased to announce that I, along with WBA member Philip Hampton, Partner and Chief Diversity, Equity and Inclusion Officer at Polsinelli LLP, will participate in a panel discussion sponsored by the DC Bar’s Corporation, Finance and Securities Law, Diversity and Inclusion in Business and Finance Subcommittee on February 15 from 12:00-1:30 p.m. As participants on the panel, titled “Career Advice to Law Students,” we will share our insights on how to navigate the start of a legal career. Special thanks to WBA member and 2021 Charles Hamilton Houston Medallion of Merit honoree, Dean Everett Bellamy, Interim Director of the Office of Equity and Inclusion at Georgetown University Law Center, for inviting the WBA to take part in this worthwhile event.

Finally, February is the month for members to make the necessary preparations to participate in the WBA’s group admission to the U.S. Supreme Court Bar, which will take place this Spring. I encourage everyone to start preparing your materials now, so you’ll be ready to submit them by the March 2 deadline. Better yet, complete your materials in time to submit them in person at the February 17 General Body Meeting. You can find complete details on how to be a part of this amazing opportunity in the latest edition of The WBA Brief e-newsletter. And be sure to look out for more information on the WBA’s Black History Month programming in the weeks to come.

Oprah Winfrey once said, “I was raised to believe that excellence is the best deterrent to racism or sexism.” I wholeheartedly agree. Let us continue to embrace the WBA’s legacy of Black legal excellence as we celebrate Black History Month by commemorating the ancestors on whose shoulders we stand. 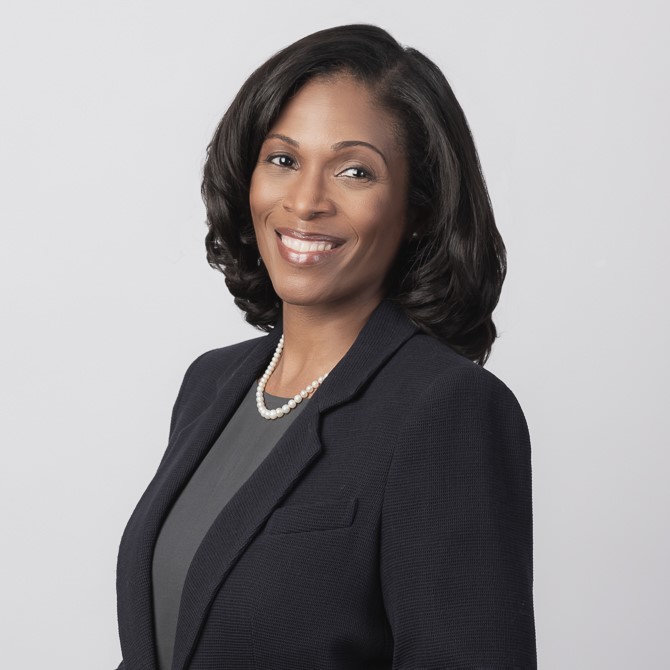