Nominations Are Now Open for the Washington Bar Association’s Class of 2022 Hall of Fame and the Inaugural Joseph H. Hairston Vanguard Award

WBA HALL OF FAME SUBMISSION DEADLINE: MONDAY, MAY 16, 2022 Eligible nominees for the WBA Hall of Fame must be members of the Washington Bar Association who have practiced law for at least 25 years,

The WBA is truly thankful for the support of our generous members, friends and sponsors who have made the sell-out of the 2022 Law Day Dinner possible.We look forward to seeing everyone at the Conrad

Dear Washington Bar Association Members, Pursuant to the pertinent bylaws as noted below, the 2022 WBA Nominations Committee seeks nominations for the following positions: President ElectVice PresidentTreasurerSecretary Additionally, the term of one (1) Board member 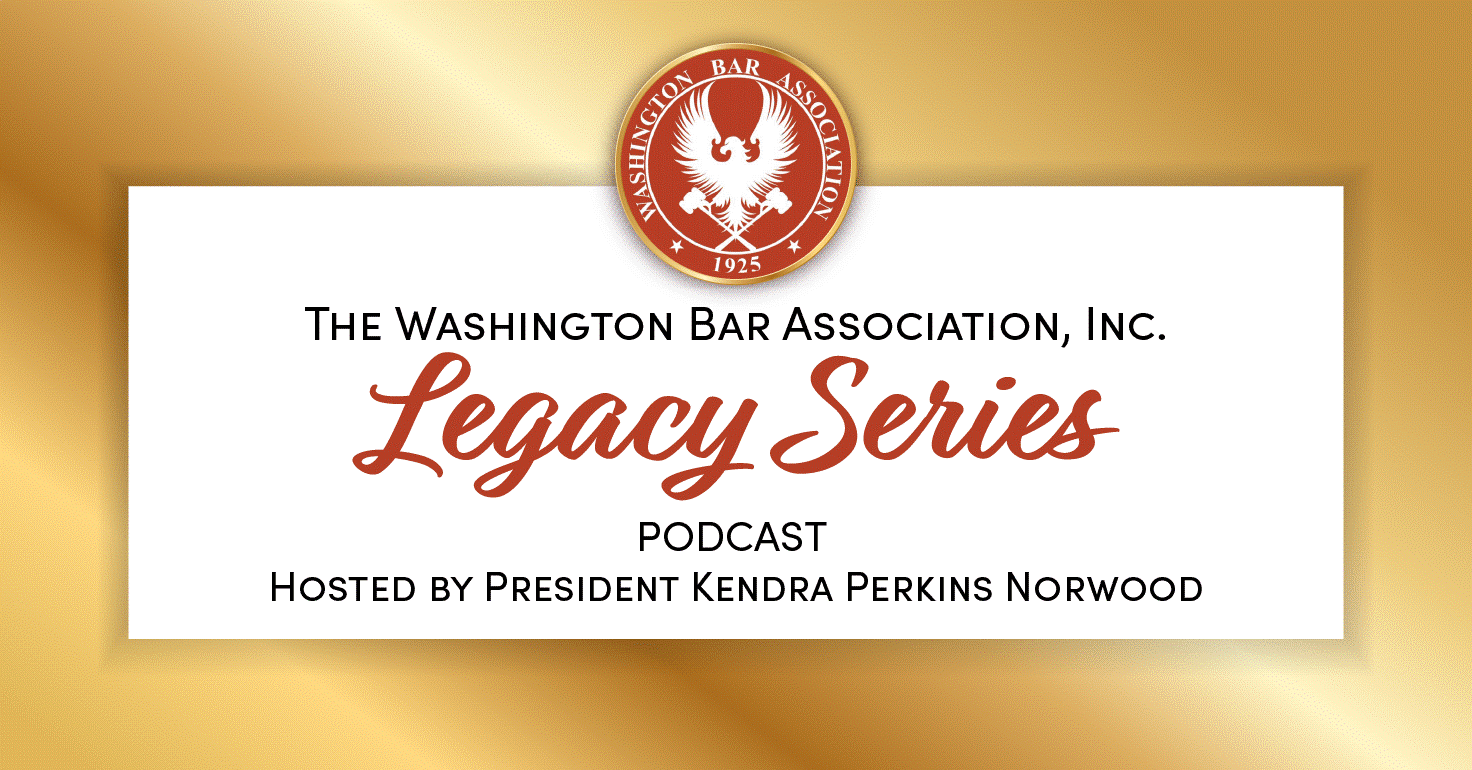 In support of this year’s goal of preserving the rich history and legacy of the Washington Bar Association, we are pleased to introduce The WBA Legacy Series podcast. The first two episodes—recorded in September and October—are now available for your listening pleasure on the WBA’s new SoundCloud page. Enjoy, and stay tuned!

Episode 1: “The Excellence of the WBA’s Membership—The Seven Founders”

In the inaugural episode of the Washington Bar Association (WBA) Legacy Series President Kendra Perkins Norwood sits down with Wiley’s Chief Diversity Officer Rashida MacMurray-Abdullah to discuss the seven Black lawyers in the District of Columbia who founded the WBA in 1925 to advance juris prudence as they were all navigating a racially exclusive society and judicial system. The seven founders include Charles Hamilton Houston, George E.C. Hayes, J. Franklin Wilson, Ulysses Simpson Garnes, Isaiah Lisemby, Louis Rothchild Mehlinger, and Charles E. Robinson. During this episode, they discuss the path that Charles Hamilton Houston, George E.C. Hayes, and Louis Rothchild Mehlinger took to become founders and pioneers in the legal industry and advancing civil rights.

Episode 2: “The Life and Legacy of Ollie May Cooper”

In the second episode of the Washington Bar Association (WBA) Legacy Series, WBA President Kendra Perkins Norwood speaks with Past President and long-time historian of the WBA, Robert Bell, to discuss one of the WBA’s most revered and celebrated members, Attorney Ollie May Cooper. They discuss Ms. Cooper’s legacy, advocacy, and groundbreaking accomplishments in conjunction with the WBA’s 43rd Ollie May Cooper Award Ceremony. As a magna cum laude graduate of Howard Law School in 1921, Ms. Cooper was one of only two women in her class, and she was the first Black woman admitted to the bar by examination. Regarding Ms. Cooper’s incredible accomplishments in the legal community, Mr. Bell recounts the sentiments of WBA Past President Dr. J. Clay Smith, who noted that no one should go through life not knowing the role that Black women have played in the development of the law.

Episode 3: “A Challenge from Charles Hamilton Houston Himself”