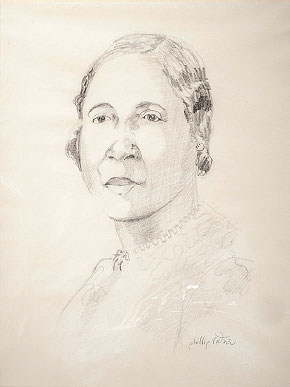 The Ollie May Cooper Award

SYMBOLIZES the struggles of minorities in the legal profession and represents the strength and sinew of the persons who labored incessantly for just laws and who forged a path so that other African-Americans may join the ranks of lawyers and judges across this country;

BESPEAKS of the touch of humanity and service emanating from a solid belief in the worth of humankind; a firm self-concept and racial pride; an undiminished presence of genuine concern and love; and, a devotion to the rule of law; and

STANDS as an appreciation in and for the spirit of “legal humanitarianism.”

A. Scott Bolden is the current managing partner of the Washington, D.C., office and former At-Large Member on the Executive Committee of the firm. As a prominent trial and white collar defense lawyer to whom companies and individuals turn for representation in their most significant concerns, Scott has handled some of the most high-profile matters for elected officials, business leaders, athletes and entertainers, in and outside the Nation’s Capital and is very comfortable handling such matters on the national stage. He is particularly adept at assisting clients in navigating crises that present significant legal, business and reputational risks.

A nationally acclaimed attorney, crusader for racial justice, legal commentator, and political analyst, major networks frequently book Scott to give his expert insights on hot-button issues of the day. Scott’s sharp analysis and thought-provoking commentary equips and emboldens audiences to seek equal justice under the law for all Americans.

For his work in defending his clients, Scott was recognized by his alma mater, Howard University, with the 2013 Distinguished Alumni Award in the Field of Law. Scott has also been inducted into the Washington Bar Association Hall of Fame, been named one of the 100 most influential lawyers in law and business by Savoy magazine and the American Business Journals, and Rainmaker of Year by the Minority Corporate Counsel Association. He is also a former recipient of the Washington Business Journal’s Top Lawyer in the White Collar Crime category. Scott serves proudly at both of his alma maters, as Secretary to the Morehouse College Board of Trustees and a distinguished member of the Board of Visitors at Howard University School of Law. He is a lifetime member of Kappa Alpha Psi Fraternity, Inc.