Since 1930, the WBA has hosted an Annual Law Day Dinner, which has become a premier event among influential members of the DC legal, policy, and business communities. The highlight of the gala is the conferral of the WBA’s highest award, the Charles Hamilton Houston Medallion of Merit. The namesake of the Medallion of Merit, Charles Hamilton Houston, was a WBA founder and civil rights legend whose legal brilliance helped dismantle Jim Crow segregation in the United States. Houston was the architect of the legal strategy that ultimately dismantled the “separate but equal” doctrine through the landmark Brown v. Board of Education decision.

For the past 25 years, the WBA has bestowed the Charles Hamilton Houston Medallion of Merit on deserving individuals who have embodied Houstonian principles through leadership and service. Previous honorees have included the Reverend Dr. Martin Luther King, Jr., Justice Thurgood Marshall, Dr. Dorothy I. Height, Congressman John R. Lewis, Charles J. Ogletree, Jr:, Marian Wright Edelman, the Honorable Eric H. Holder, Justice Ruth Bader Ginsberg, the Honorable Loretta E. Lynch, Diane Nash, and many other others committed to the pursuit of a just society. A full list of previous honorees is available here. 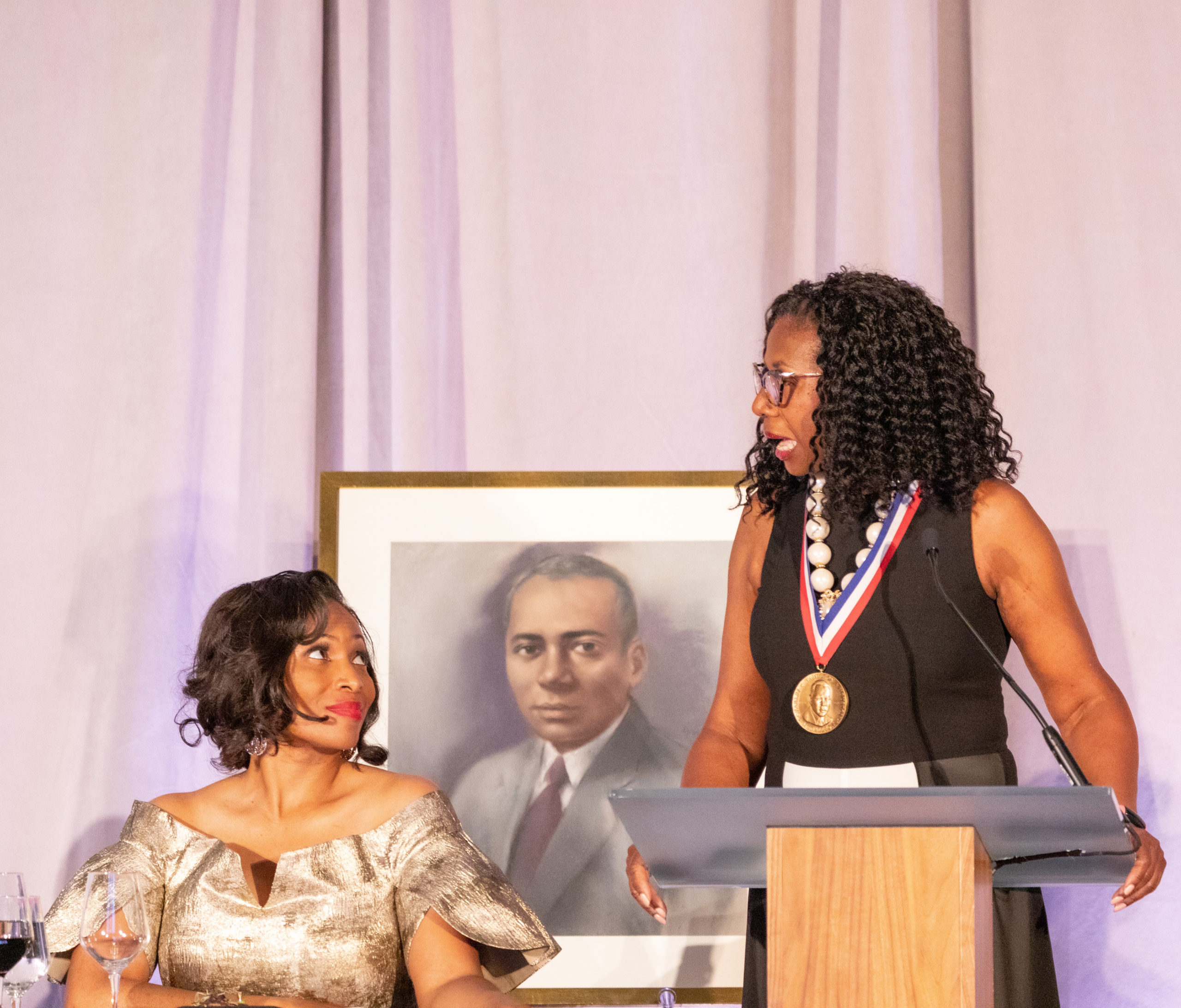 The WBA’s Annual Conference brings together members of the WBA and the larger D.C. legal community to connect, collaborate, and commit to improving and advancing the science of jurisprudence by addressing the contemporary challenges of Black lawyers.

The highlight of the Conference is the Dr. J. Clay Smith Memorial Lecture, featuring a distinguished legal thinker’s commentary on a relevant and timely topic of importance in the Black legal community. The lecture’s namesake, Dr. J. Clay Smith, was a renowned lawyer, author and educator who served as Dean of the Howard University School of Law and President of the Washington Bar Association. He wrote extensively, publishing articles on a variety of legal subjects, including civil rights, politics, and history, and was considered an authority on the history of the black lawyer in America.

The WBA also traditionally holds its Annual Meeting, Hall of Fame Induction Ceremony, and Installation of Officers as part of the Annual Conference, in addition to presenting the Dr. J. Clay Smith Equal Justice Student Scholar Award to a deserving law student. 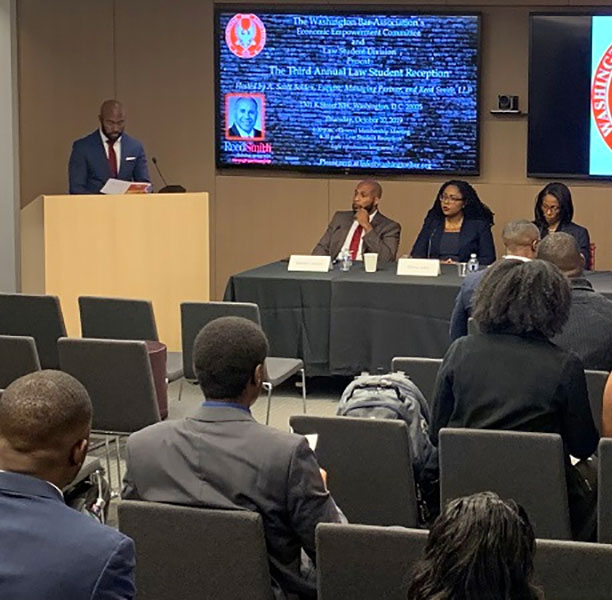 Annually during the month of October, the WBA presents the prestigious Ollie May Cooper Award (established by the WBA in 1978) to a member of the organization who has given outstanding service to the Bar and whose leadership and organizational efforts have enhanced the image of the WBA and the legal community at-large. The award’s namesake, Ollie May Cooper, was a 1921 graduate of Howard University School of Law and the first Black woman to be admitted by examination to the District of Columbia bar. She was also the first black woman to open a law firm and practice law in the District of Columbia and one of the first in the nation. She worked and taught at Howard Law School for many years and was also active in the Washington Bar Association from its inception.

In 1981, The Washington Bar Association created the Founders’ Lecture Series in honor of the founders of the WBA. The Founders of our Bar recognized that by coming together to educate themselves they could better represent their clients, serve their communities, and enhance their own knowledge. This concept of providing legal education and showcasing legal talent from within the Black legal community has continued throughout the WBA’s history. The Founders’ Lecture takes place each year as part of the Ollie May Cooper Award Ceremony.

The WBA hosts a regionwide holiday gala with a guest list that includes members of the Black medical, dental, engineering and business associations across the DC metropolitan area. This prestigious annual event brings together the most accomplished Black professionals in the area under one roof and provides an elegant and festive atmosphere to network and toast the holiday season. 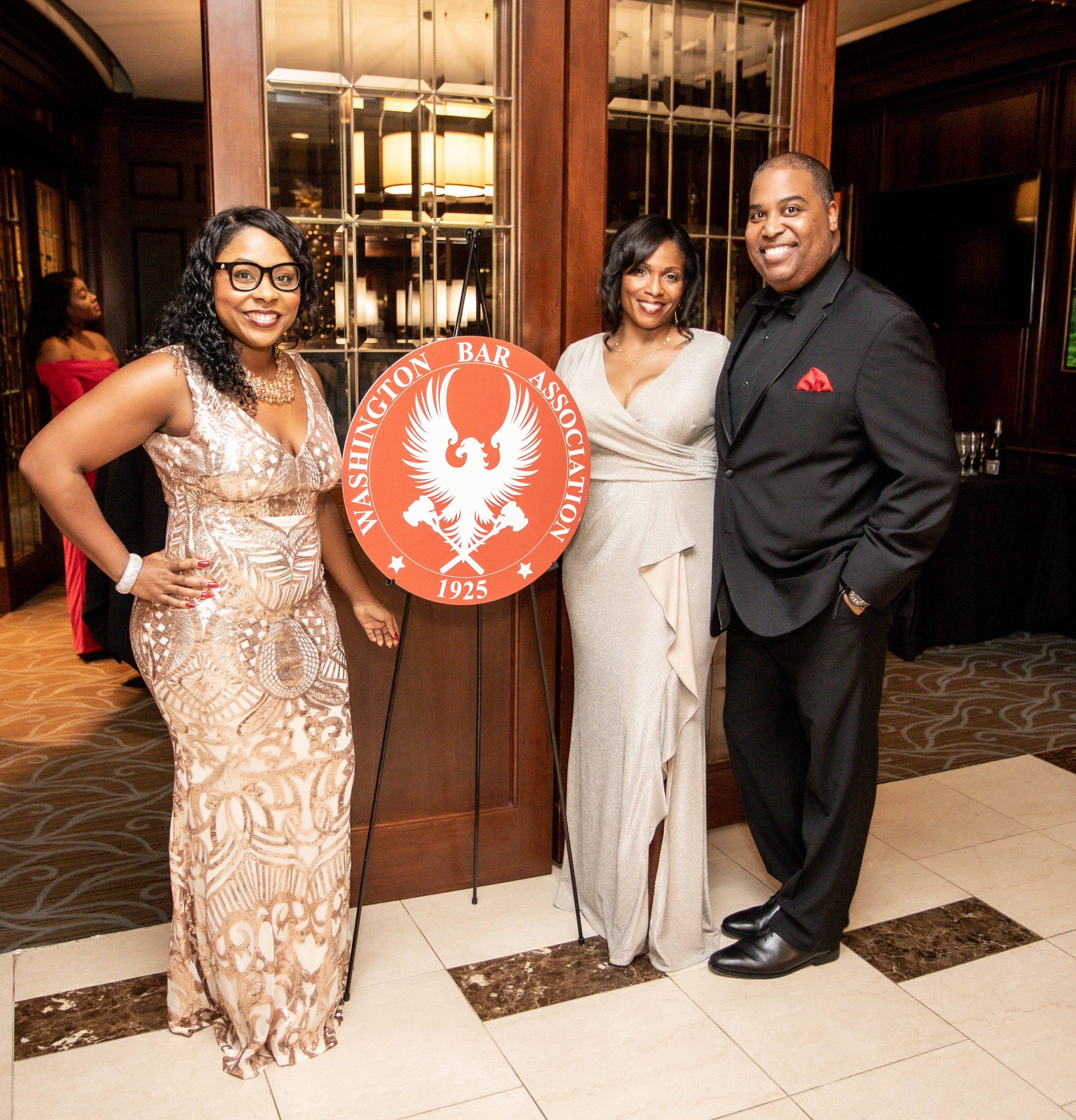