If you are interested in securing an endorsement from the WBA, please contact the Judicial Selection and Evaluation Committee Chair Natalie Walker at nwalker@websterfredrickson.com.

The Judicial Selection and Evaluation Committee of the Washington Bar Association submits recommendations to the Board of Directors of the WBA for the Association’s endorsement of applicants for judicial appointment and appointive office in accordance with the following guidelines and procedures.

In keeping with the philosophy of Houstonian Jurisprudence, the stated goal of the Committee is to identify qualified applicants with a demonstrated commitment to equal justice under the law. Prior to recommending the endorsement of an applicant, the Committee interviews the applicant and reviews background materials, writing samples and other pertinent information in an effort to determine the candidate’s fitness for judicial appointment or appointive office. Applicants are evaluated based upon the following factors, as appropriate: 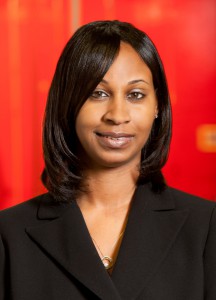 Ms. Walker earned her J.D. from North Carolina Central University School of Law in May 2004. While in law school, Ms. Walker served as a law clerk at Brennwald & Robertson, LLP, working in the areas of criminal law and personal injury. She also worked as a teacher assistant at Northern Illinois University College of Law, and as a student attorney for the North Carolina Central University School of Law Civil Practice Clinic, focusing on personal injury and commercial litigation.

Following law school, Ms. Walker served as the judicial law clerk to the Honorable Erik P. Christian of the Superior Court of the District of Columbia. During her clerkship, Ms. Walker obtained in-depth experience in criminal law and worked on both Felony I and Felony II calendars.